On the other hand, maybe you have your hands full enough with just one dog and worry that she may sneak off and get pregnant before you get her fixed.

Whether or not you’re planning to breed a Shih Tzu, the following details on Shih Tzus and their pregnancy are useful to know and will make you well prepared for the entire journey.

Whether you’re thinking of becoming a Shih Tzu breeder or suspect that your Shih Tzu girl may be pregnant, it’s important to learn the intricacies of little Shih Tzu dogs and pregnancy.

The heat cycle for dogs, in general, includes four different stages, which come with their own physical and behavioral changes.

The female Shih Tzu’s estrogen level will start to peak, and the eggs (follicles) begin to develop. It’s also when male dogs start showing their interest, but the female Shih Tzu will not be receptive.

You’ll also notice physical signs like a swollen vulva along with blood-tinged discharge, and usually, more frequent urinating. She will also seem edgier at this point.

This is the fertile window when the female Shih Tzu will emit pheromones that heighten the attention she receives from male dogs.

Also, she will now reciprocate the attention by flagging her tail. The swollen vulva will now be enlarged with clear or brown discharge.

The female Shih Tzu will again lose interest and cease to be receptive to the male dog’s attention this time.

Her vulva returns to normal with no discharge, but her behavior changes, acting as though she’s pregnant.

The final stage of Shih Tzu’s reproductive cycle is when the body prepares itself for the next heat cycle or season. They will cease showing physical and behavioral symptoms of going into heat by this stage.

When It Begins and Ends in Life

Shih Tzus, unless spayed, will enter the first heat at around 6-8 months of age. And after the first heat, a female Shih Tzu will then go into heat typically once every six months or twice a year.

A Shih Tzus cycle will likely be sporadic initially, but her reproductive cycle may start settling into a regular pattern after the first year or two.

Although she may show signs of going into heat in between cycles, she will be infertile during these times.

Shih Tzu’s fertility will start slowing down starting from the 6-year mark, dropping off continuously until 10 years of age when a possibility for pregnancy ceases altogether.

However, they will continue showing signs of going into heat for the rest of their life unless spayed.

According to the AKC, it’s recommended to wait for a dog to reach at least 8 months old before getting pregnant for the first time.

A Shih Tzu less than 8 months old is still too young to become pregnant as her body will still not be mature enough to handle pregnancy at this stage.

Ideal Age for a Shih Tzu to First Become Pregnant

Although 8 months old is fine, it’s best to wait for a female Shih Tzu to reach 2 years old for her first pregnancy, giving her body enough time to physically mature.

That way, she can go through pregnancy easier and with less risk.

The oldest age a female Shih Tzu can become pregnant safely is 7 years old. Some Shih Tzus may be unable to reproduce before this stage or be deemed unsafe to become pregnant due to health reasons.

Meanwhile, a Shih Tzu that is over 8 years old is already too old to safely become pregnant because they are likely to suffer complications.

How Many Times a Shih Tzu Can Get Pregnant

A Shih Tzu can become pregnant two times in one year. However, it’s not recommended for her to have two litters per year as it would put a strain on the body and ultimately affect her overall health.

Each bitch is different, but it’s not recommended to breed a Shih Tzu more than three times, even if those pregnancies are spaced far apart.

Shih Tzu Ages as They Relate to Pregnancy

In some cases, pregnancy is possible but ill-advised due to health reasons. For instance, a too-young or too-old Shih Tzu can have complications from the pregnancy.

A dog’s gestation period is the same across all breeds and sizes, including Shih Tzus. Pregnancy lasts an average of 63 days or 58 to 68 days.

Usually, before a pregnant Shih Tzu shows any physical changes, you will notice a change in her behavior. Unlike some breeds, Shih Tzus quickly develops their nesting instincts.

For instance, an active Shih Tzu becoming a calm dog, or vice versa, is a marked change that suggests she’s pregnant.

However, there are also other physical signs:

Now, at around the 2-month mark, when the dam’s temperature suddenly drops, it’s a sign that the labor will soon begin.

Generally, you should start taking her temperature 2-3 times per day starting on day 60.

Their normal body temperature is between 101-102.5℉, and when it drops below 100℉, expect contractions to start within 24 hours.

Although Shih Tzus are a small breed, they have a relatively large litter. Expect one to five puppies, but they can have an even larger litter in some cases. A Shih Tzu puppy will weigh 6 ounces on average.

Caring for a Pregnant Shih Tzu

Caring for a pregnant Shih Tzu requires both the effort of the owner and the dog’s veterinarian.

Making sure that a pregnant Shih Tzu is eating and drinking well is necessary so that she has enough nutrition for herself and her puppies.

Can a Pregnant Shih Tzu Take a Bath?

Pregnant Shih Tzus can take a bath as long as you handle them with care to ensure that they don’t feel any distress during bathing.

Be sure the tub has a nonslip surface to prevent falls, and use a gentle, all-natural shampoo, like this one made with buttermilk and honey. 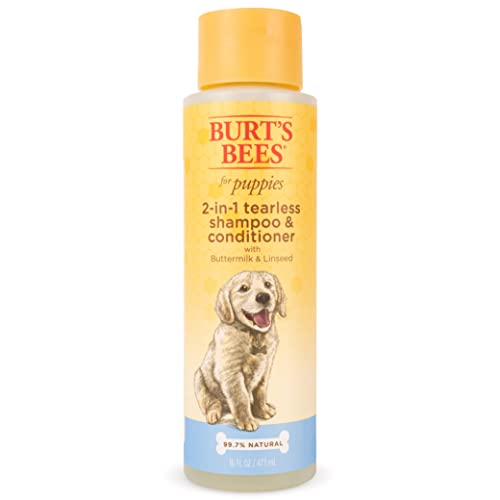 How Many Puppies Can a Shih Tzu Have the First Time?

It’s hard to pinpoint how many puppies a Shih Tzu will have, but usually  first pregnancies tend to result in small litters. You can typically expect one puppy or as many as three puppies.

Before you jump into breeding a Shih Tzu, it’s important to realize the intricacies and complications that could come with it.

It’s also very important to understand when pregnancy is possible with this breed so that you can make an appointment to have your dog spayed before an accident occurs or make arrangements to keep her well out of reach of any males in the vicinity.