Many people love small dogs, and when searching for just the right dog, many choose the adorable Shih Tzu.

What a lot of people don’t realize is that this already small breed comes in a much smaller bundle of energy – the Imperial Shih Tzu.

What is an Imperial Shih Tzu? Imperial Shih Tzus are Shih Tzus that are too small to meet the AKC standards for Shih Tzu weight and size but are ideally still within the range where they can be healthy dogs. In other cases, Imperials are purposely bred to be extra tiny or under 5 pounds, which can be extremely dangerous.

You may have come across Imperial Shih Tzus when looking at photos or advertisements of adorable teacup breeds, but be aware before buying or adopting one.

Below, you’ll discover everything you need to know about Imperial Shih Tzus, from their size, temperament, and price to how they are different from the standard Shih Tzu.

Some people may be tempted to buy a mini Shih Tzu believing that it’s the exact same dog as a “standard” Shih Tzu, only in a petite and more precious package.

However, while standard Shih Tzus and Imperial Shih Tzus are the same dog breed, they are different in many ways.

They have a few critical differences that would-be owners need to consider seriously.

If you would put an Imperial Shih Tzu and a “standard” Shih Tzu side by side, you can quickly tell the difference.

Shih Tzus are more substantial than the Imperial, which is significantly smaller in size – their main and most obvious difference.

While the standard Shih Tzus, as per the American Kennel Club (AKC), weigh between 9-16 pounds and grow to 8-11 inches in height, Imperial Shih Tzus weigh less and are shorter in height.

Another thing is that Imperial Shih Tzus are not considered as part of the Shih Tzu breed as per the AKC and the American Shih Tzu Club because they fall behind the standard Shih Tzu height and weight range.

Interestingly, Imperials are not classified as a separate breed either because they are believed to be a result of incorrect breeding methods, whether purposeful or accidental.

Breeders are trying to market them as special dogs, when the term “imperial” in the context only means small.

How Big Is an Imperial Shih Tzu Puppy?

So, if the average weight of a newborn Shih Tzu is 6 ounces, an Imperial Shih Tzu will weigh less than that at birth.

How Big Is a Full Grown Imperial Shih Tzu?

The Imperial Shih Tzus share some of the characteristics of the standard Shih Tzus, only scaled down to a smaller size.

Imperial Shih Tzus reach their adult weight at around4-9 pounds, and they don’t get much taller than 9 inches.

Different Imperial Shih Tzus grow in different ways, but below is a standard chart used to estimate the growth of small breed dogs like Imperials.

Shih Tzu puppies, including Imperial Shih Tzus, reach their adult weight at around nine months to 12 months. However, they may still gain extra weight after that, depending on their diet.

Although they are a tad smaller, Imperial Shih Tzus are the same as other Shih Tzus when it comes to attitude. They may be small, but Imperials are hyper-energetic.

However, their bodies are so tiny for those spikes of energy that they often tire themselves out pretty fast.

Their diminutive size doesn’t hinder their enthusiastic, bold personalities. Expect Imperial Shih Tzus to get that bout of enthusiasm for a bit, then go straight into a nap.

Imperial Shih Tzus are considered lap dogs, so they are generally low energy, despite their enthusiasm. Still, they need some stimulation and activity.

Plan on at least a 10-15 minute walk per day with a few periods of play time thrown in.

Never force an Imperial to do any strenuous activity, even if they seem keen to do it. For their tiny size, too much exercise can lead to respiratory distress.

Have a good variety of puppy toys on hand, like this toy bundle for small dogs with ropes, balls, teethers, and plush toys, to help keep your pup busy and out of trouble. 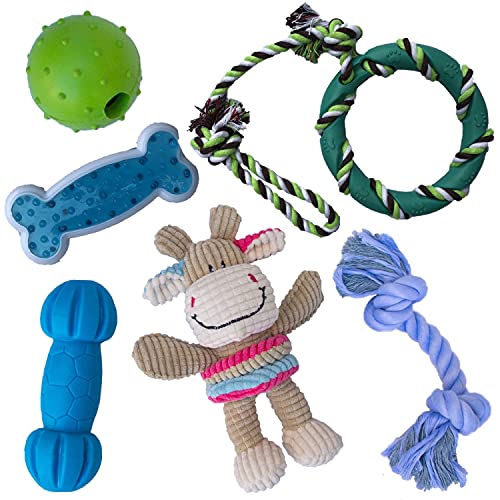 Although standard Shih Tzus are prone to several health issues, the Imperials are even more so due to their smaller size and weaker bodies.

Some likely health issues in Imperial Shih Tzus, like most miniature varieties, include:

This is because they have smaller bodies and even smaller organs, making blood sugar difficult to regulate.

Skeletal defects can happen in drastically smaller dogs, resulting in the dog’s discomfort and pain. Other issues may include eating and breathing problems.

Why Are Imperial Shih Tzus So Expensive?

Breeders specializing in creating Imperial Shih Tzus often have a high-asking price per puppy, usually attributed to breeding expenses since they come out extra tiny with fragile bodies.

They usually require dedicated care and attention, especially in the crucial first days in order to survive.

Meanwhile, irresponsible breeders often overuse the terms “Imperial” and “teacup” to falsely claim that their tiny Shih Tzu puppies are rare, increasing their asking price to an exorbitant amount.

What Is a Teacup Imperial Shih Tzu?

Imperial Shih Tzus are already a miniature version of the standard Shih Tzu, but the “teacup” terms bring the dog’s small size to a different level.

Although some use the imperial and teacup terms interchangeably, those called “teacup” Imperial Shih Tzus are literally tiny enough to fit into a teacup.

Many Imperial Shih Tzus are not exactly runts, but some could be runts depending on where you got the dog from.

Responsible breeders don’t advertise an occasional runt or the smallest puppy in the litter as an Imperial Shih Tzu.

Meanwhile, you can get a Shih Tzu under the standard breed weight from a reputable Imperial Shih Tzu breeder, that is not an offspring of two runts.

Usually, the dogs will weigh 7-8 pounds when fully grown.

They breed a female runt and a male runt from another litter for a higher probability of creating miniature Shih Tzus. This is highly frowned upon by responsible breeders and breed clubs.

How Do I Know If My Shih Tzu is Imperial?

The truth is, there is no way to tell if a Shih Tzu puppy is Imperial or not since this kind of dog doesn’t exist beyond being a marketing term.

However, since an Imperial Shih Tzu is a Shih Tzu that falls below the breed standard, a shorter puppy or one that weighs far less than the AKC standard range for the breed could be considered an Imperial.

Are There Different Kinds of Shih Tzus?

As recognized by the AKC, there is one “type” of Shih Tzu. Smaller or larger dogs, while not uncommon, are simply Shih Tzus that do not meet the standards set for the breed.

Other Shih Tzus referred to as a “Princess type,” “Imperial,” or “teacup” are just terms used by breeders and pet shops to sell Shih Tzus who are smaller than the standard breed size and weight.

Imperial Shih Tzus have become more popular with the love and demand for smaller toy breeds.

Don’t be confused by the name or nicknames that breeders and pet shops use to promote and sell these smaller Shih Tzus.

Imperial Shih Tzu is not a different dog breed but simply a marketing name used to refer to a Shih Tzu who’s considerably smaller than the standard Shih Tzu weight and size range.