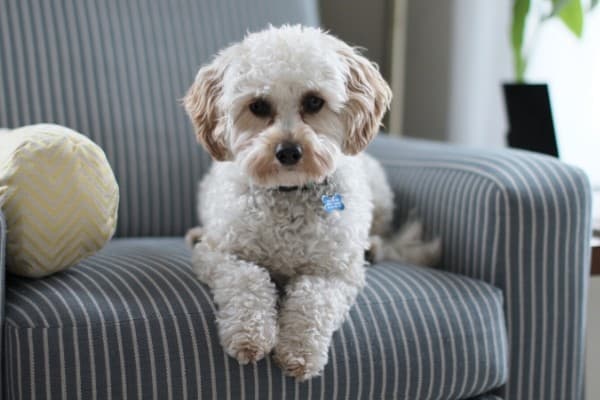 The Cavapoo, which some people know as Cavoodle or Cavadoodle, is an adorable hybrid dog that’s half Poodle and half Cavalier King Charles Spaniel.

Since the Cavapoo’s origin in the 1990s, they’ve been popular and well-received in the dog world.

What makes them so special? They inherit their intelligence, trainability, and loyalty from the Poodle and their playfulness and gentle temperament from the Cavalier King Charles Spaniel.

Cavapoos are generally a small dog breed, but their size can vary.

When getting a puppy, size is often a concern, especially for those living in small apartments or homes with small yards.

Families that are getting a dog for their young children want a dog the child can walk rather than the dog walking the child. While some people like big dogs, others prefer smaller dogs.

Just how big will my Cavapoo get when it’s fully grown?

This is one of the most frequently asked questions by potential Cavapoo owners. On Average, Cavapoos are 9” to 14” and weigh between 12 and 25 pounds when fully grown.

Although Cavalier King Charles Spaniels and Poodles are both small dogs, the size of the Cavapoo will depend a lot on what type of Poodle is used. Cavapoos can have either a Toy Poodle or a Miniature Poodle as the parent.

The size and type of Poodle is the biggest factor in how big the Cavapoo will be when it’s fully-grown.

How Big Will a Cavapoo Get?

Cavapoo breeders can’t determine down to the pound or inch how big a Cavapoo will get, but experienced breeders (find a breeder near you here) can make a fairly close estimate based on the parents.

As mentioned, the type of Poodle plays a good part in size.

Based on these weight and height averages, experienced breeders can often guesstimate what their litter will be as far as size.

As a rule, Cavapoos are generally 9 to 14 inches and weigh between 12 and 25 pounds. Like people, the Cavapoos weight and height can also vary because every dog is different.

Most litters have a big puppy, some average-sized puppies, and a “runt of the litter.”

However, the type and size of Poodle used in breeding is generally the biggest factor in how big the Cavapoo will be as an adult.

What Age Are They Fully Grown?

The puppy stage is a stage most dog owners enjoy when they first bring their little bundle of playfulness home.

However, it’s also a stage that owners often wish would be done much quicker than it is.

This is because the puppy stage usually involves chewing on things, having accidents in the house, and just plain getting into mischief.

Accidents are bound to happen in the beginning, but chewing and general mischief can easily be corrected by redirecting bad behavior with fun toys.

We tested out quite a few and settled (with the help of our dogs) on several we found to be superior in terms of quality, durability, and of course, the fun factor.

Read through our top toy recommendations to discover what we deemed to be the best, safest puppy toys.

New dog owners are often surprised to hear that some puppies are still puppies and not fully grown until they’re between one and two years old.

Why the variance between one year and two years?

This is because the age at which a dog is full-grown usually depends on the dog or, more importantly, the breed of the dog.

The age at which a Cavapoo is fully-grown may not necessarily be the age at which they’re considered adult dogs either because they all mature at a different age.

Toy dogs are usually fully grown by the age of 8 months while a giant breed dog is not full grown until it’s almost two years old.

Small breed dogs like Cavapoos are usually fully grown by the time they’re one year old.

Despite Cavapoos possibly coming from a toy or a miniature Poodles, they’re classified as small breed dog dogs.

Therefore, Cavapoos usually reach their adult size of 12-25 pounds at about one year of age.

Are There Different Sizes?

Using the Cavalier King Charles Spaniel as an example, this dog has a size range of 13 to 18 pounds and 12 to 13 inches tall.

Then you add the Poodle to the mix, which can be from 4 pounds to 15 pounds depending on if a Toy or Miniature Poodle was used in the breeding.

You can see that this could result in litters of varying sizes. While they may look similar at birth, they probably won’t be similar when they’re adult dogs.

Regardless of size, they will all need periodic grooming.

Along the way, you’ll likely discover a few tools that you find indispensable, like our favorite Cavapoo brush, but if you’re new to the breed, here’s what you’ll want to start out with: 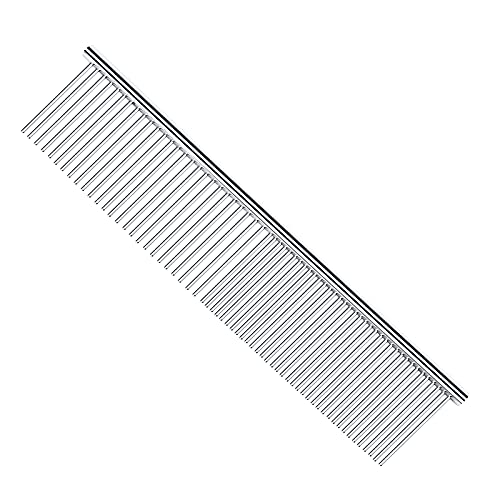 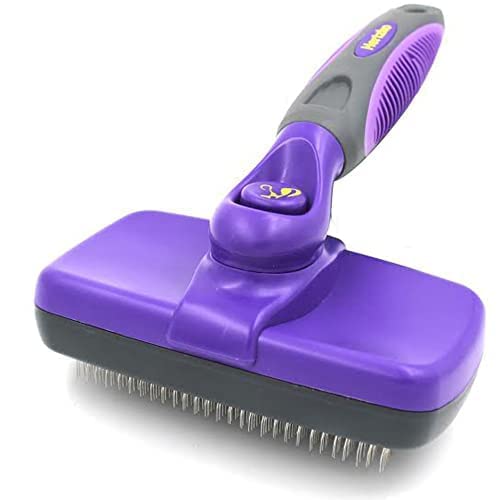 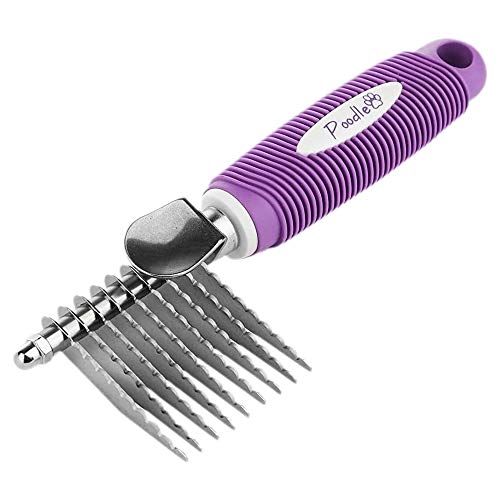 How Long is a Cavapoo a Puppy?

Cavapoos are such playful and often mischievous puppies that owners might be tempted to say they’re puppies for far too long!

Having a good variety of toys on hand, such as this 12-pack toy bundle, featuring ropes, chews, squeakers, and balls at a super-affordable price, can help them channel some of that exorbitant energy into a worthwhile pursuit – play!

The toys are the perfect size for little puppy mouths and don’t contain small pieces that could become choking hazards. They were my dog’s absolute favorites as a puppy. 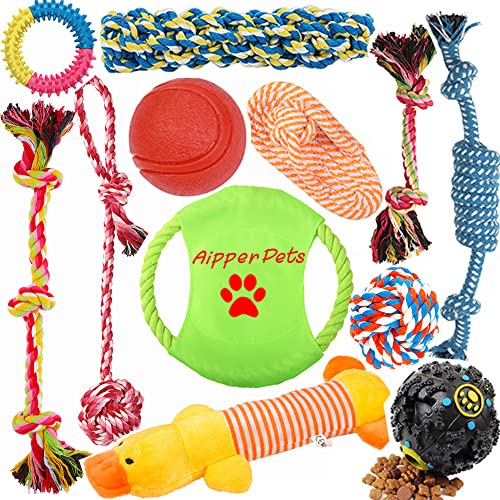 The puppy stage actually consists of three parts, and the Cavapoo puppy must complete all three development stages before he is truly an adult dog.

Unfortunately, these three stages are not completed at the same time or at the same rate.

Small breed dogs may reach physical maturity (size) at as young as 8 months, they are not sexually or mentally mature.

It’s just that they’ve reached their adult size in weight and height. In some cases, they might even grow a little more between the age of 8 months and one year. Each dog is different.

The Cavapoo may also reach sexual maturity before it reaches physical or mental maturity.

If a dog is not sterilized, and the owner is not diligent and careful, the dog can become pregnant as young as six months of age.

At this age, the dog may be sexually mature in that she can give birth, but she’s not physically or mentally mature.

Small breed dogs like Cavapoos generally are no longer a puppy by the time they’re 18 months old, but this can vary a few months either way.

Do Cavapoos Experience Any Growth Spurts?

From the time you get your Cavapoo, it will seem like he’s constantly experiencing growth spurts.

When you first bring your Cavapoo home, he’ll probably only be about 8 weeks old and will resemble a hundred other puppy breeds.

After all, haven’t you heard that all puppies look alike? They actually don’t all look the same, but they often look so similar that it may be hard to determine their breed.

By the time the Cavapoo puppy reaches the age 12 to 16 months, he’ll lose a lot of his puppy appearance, and will begin to look more like a Cavapoo.

During this stage, it will seem like all he does is eat, and you’ll notice a weight gain and a real growth spurt. From four to six months of age is when your Cavapoo will gain the bulk of his weight.

Throughout the growing period, proper nutrition is critical, though that is also true for the entirety of your dog’s life.

Check with our Ultimate Dog Food Guide to be certain that you’re feeding the best possible diet.

Keep in mind that these are the growth rates of most Cavapoo dogs and similar small breed dogs, but every dog grows at a certain rate.

(Exercise requirements are not the same for Cavapoo puppies as they are for adults. Be sure you’re aware of the exercise guidelines for Cavapoos.)

When Cavapoo puppies go through certain growth spurts, they also go through behavioral changes depending on the age.

Below is a rundown of the different growth stages of the Cavapoo puppy.

Social maturity generally is completed by the time the Cavapoo is two years old. At this time, he may seem like an old dog already despite having many good years left.

You likely still have a few questions about Cavapoos. Don’t miss reading all of the other articles on these wonderful dogs on our Cavapoo breed page.

What Owners Are Saying About Their Cavapoos Size…

Buddy and Rosie are similar in height with a few pounds difference. Dalcye is all legs and skinny. Dalcye also didn’t get much Poodle.

Molli is much shorter than the rest. Rosie is considerably bigger than Molli who is a full year older than Rosie.” -Ginger