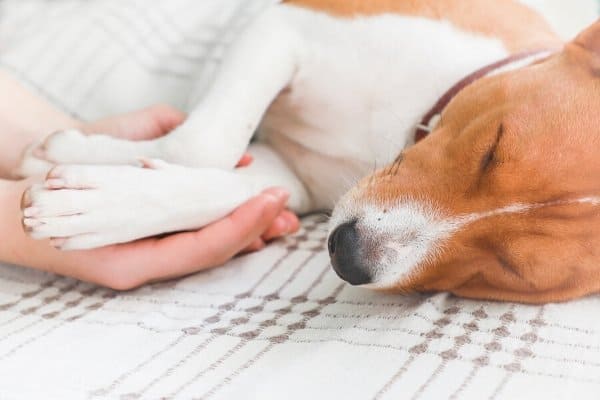 Believe it or not, finding out how much a purebred puppy costs can be difficult. Many breeders do not list their prices on their website and will only share pricing information after a lengthy application form has been completed.

Time to give up? No way. We’ve got you covered.

How much do Basenjis cost? A Basenji puppy typically costs between $1,200 and $1,800 though prices may vary somewhat. Factors such as a low number of puppies born each year, few breeders, the breeder’s reputation, and the costs of health testing can all influence the price.

Knowledge is power, so before you take a chance on a low-priced pup or spend more than you should, read through the following to give you a clear idea of what factors influence the price tag of a purebred Basenji and how to identify a quality breeder.

We’ve taken the liberty of gathering a sample of actual Basenji prices from different areas of the country so you’ll have a realistic idea of what to expect when it comes to buying your new puppy.

What Affects the Price of a Basenji?

Prices for purebred dogs are usually dependent upon several factors, and the prices for Basenjis are no different. Let’s look at some of the most common factors which influence the price you’ll likely pay for a quality, purebred Basenji.

Unlike most female dogs who come into season twice or more per year, Basenji females only come into heat one time each year, typically in the late summer or early fall. Nearly all Basenji pups are born between October and December.

Because of the breed’s inability to produce multiple litters each year, Basenji puppies can be difficult to come by. That’s why you’ll see talk online of Basenji’s being a rare dog breed.

Litters planned for the following year are usually already spoken for, and potential buyers are forced to be placed on a waiting list.

Many breeders opt not to breed their dogs each year, and will instead wait until they’re in need of show stock or replacement breeding dogs. The puppies who fall somewhat short in terms of conformation and other breed standards will then be sold as puppies.

So, you can see that the number of puppies available for pet homes each year is actually quite small. Because the demand consistently exceeds the supply, breeders can often get away with charging high prices and never have to worry about getting stuck with leftover puppies.

The best breeders have invested years in their Basenji breeding program and along the way have gained a wealth of knowledge and experience.

Many quality breeders also participate in shows and canine sporting competitions, accumulating titles and earning the respect of their peers in the process.

Purchasing a puppy from a breeder with a sterling reputation and years of experience with the breed may mean that you’ll pay a bit more for your dog, but you’ll also have the peace of mind that comes with getting the most for your money.

On the other hand, breeders who are new to the breed or are only interested in making a quick profit may offer less expensive puppies, but will the quality be up to standard? Probably not.

Temperament issues, lack of conformation, and avoidable health conditions will be more likely to occur in puppies offered at “bargain” prices.

Quality of the Puppy

Not all breeders will price their puppies according to how well they conform to breed standards, but some do. Show-quality Basenjis with superior pedigrees and those with breeding rights can cost thousands of dollars while pet-quality dogs typically sell for the average prices for the breed.

Improving the health of the breed should be a top priority of all Basenji breeders. This is done by only breeding dogs who have been tested for and deemed clear of the most common genetic conditions that routinely occur within the breed.

The Orthopedic Foundation for Animals (OFA)  recommends that all potential Basenji breeding dogs be evaluated for hip dysplasia, autoimmune thyroiditis, eye health including testing for progressive retinal atrophy, and Fanconi syndrome which is a debilitating gene defect affecting the kidneys.

Conscientious breeders won’t hesitate to have their breeding dogs tested but are responsible for the associated costs of all of the evaluations.

In addition, responsible breeders will have each litter checked by a certified veterinarian, dewormed, and given their first round of puppy vaccinations. This, of course, results in more bills for the breeder.

A dog’s pedigree is essentially a formal family tree. In addition to listing family ancestry, things such as championship titles, conformation results, and registration numbers are often included on a pedigree.

Basenjis with family members with a string of title abbreviations tacked on to their name will typically be more expensive than puppies who don’t hail from show lines.

Compared to more common breeds, the number of Basenji breeders is really small. The Basenji Club of America provides a list of breeders organized by state, but only 30 states in the U.S. are listed. That obviously means that there are many states that have no breeders of Basenjis.

Furthermore, in many states that do have Basenji breeders, the list is often quite short, with often only one or two breeders in the entire state.

The low number of active Basenji breeders means that the number of available puppies is quite small, and the puppies offered for sale as pets are not cheap.

Keep in mind: You will likely have to travel (quite possibly to a different state) to the breeder’s home incurring travel expenses along the way, so the final, total cost of bringing your new puppy home will, in all likelihood, be much higher than just the purchase price.

What to Look for in a Quality Breeder

In every instance, a quality breeder should be more concerned about placing the puppy in an ideal home than making a sale. Period. Expect to be placed under scrutiny as the breeder decides if you’re worthy of a puppy.

A good breeder will welcome you into the home and encourage you to interact with the puppies and other dogs. He or she will educate you thoroughly on the breed and provide general puppy-raising advice.

Quality breeders will have no qualms in sharing health test results, will have already begun the socialization process, will provide you with a certificate of health from a licensed veterinarian, and will require you to sign a contract which outlines your agreed-upon responsibilities.

Be Aware of These Common Red Flags

The signs of a substandard breeder are typically blatantly obvious. If any of the following are noted, it’s in your best interest to search for another breeder.

We understand that it can be tempting to “rescue” a puppy from a bad breeder, but doing so will only put money in the breeder’s pocket and encourage him to continue with the poor breeding practices.

Tips on Finding a Basenji Breeder

After thoroughly researching the breed and deciding that you are prepared to deal with all of their quirks, begin investigating breeders, keeping an eye out for any red flags.

As we mentioned, the  Basenji Club of America has a list of breeders who are members in good standing of their club.

The American Kennel Club Marketplace not only provides a list of Basenji breeders but also gives a profile of each breeder so you can judge how involved they are with the breed and see which clubs they’re active in.

Can I Adopt a Basenji?

If you can’t bear to wait a year or longer for a Basenji puppy, adopting an older dog is a great alternative. Try contacting the Basenji Club of America for a list of volunteers that rescue and place Basenjis in need.

Basenji Rescue and Transport has a vast network of volunteers dedicated to Basenji rescues and rehoming across the country.

Online, searchable databases such as Rescue Me!, Adopt-a-Pet.com, and  Petfinder feature dogs from both rescue groups and shelters who are waiting for a new home.