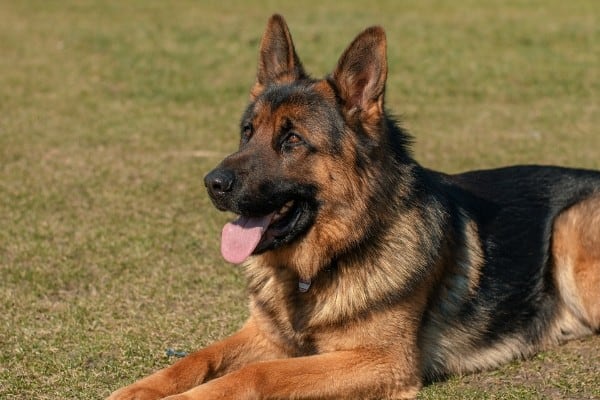 Are German Shepherds allowed in Japan?  You will be happy to learn that you can bring your German Shepherd to Japan, however, there are many hurdles to jump through both to get there and find lodging once you are there, which may make you reconsider whether it’s worth bringing your dog with you.

Bringing a German Shepherd to Japan

Traveling With a Large Breed Dog

Unless your German Shepherd is a service dog, he will not be allowed to ride in the passenger portion of the plane with you. Rather, he will need to travel in the cargo area which can be a frightening, even dangerous, experience for your dog.

Special note: Every year dogs die as a result of overheating, trauma, or other issues in the holds of planes.

If you are going to take your German Shepherd on the plane with you to Japan, be certain to choose a continuous flight and make sure to remind the pilot and all of the flight crew that your precious dog is on board.

If you would rather avoid this frightening journey, you can choose to ship your dog or go on a ship with your dog. Taking a ship to Japan takes a very long time, so unless you are confident that you can find a crew and caregiver who you trust with your dog, you might want to make the journey with them.

In What countries Are German Shepherds Banned?

Why are German Shepherds banned in some countries?

German Shepherds are known to be highly trainable, courageous, and devoted to their people. Unfortunately, those characteristics have also led to a bad reputation for Shepherds across the world. Because a German Shepherd can and will defend their people and territory, they are sometimes considered dangerous.