You’re excited and can’t wait to show off your new arrival to all of your friends and family. The surge of pride you experience when people stop to ooh and aah over your little puppy can be addicting.

You eagerly look forward to leisurely walks around the block and shopping trips with your pup to the local pet store for toys and treats.

But is it really safe to take such a young dog out into the big world?

When can puppies go outside?

It is best to wait until one to two weeks after the last dose of puppy vaccines, which is usually around 16 weeks of age. Before then, limit exposure to the outdoors as much as possible. After puppy shots are complete, he can safely explore more of the world.

I know. That seems like a really long time to have to wait, but for the safety and well-being of your little puppy, it’s best to err on the side of caution. Don’t worry though. The time will pass quickly and can be well spent bonding with and training your new tiny friend.

The fact of the matter is that the outside world presents many hazards for a puppy. There are, of course, the obvious concerns of being accidentally stepped on, chewing on a plugged-in cord, dashing into the street, and so on, but there are also the invisible dangers like viruses and harmful bacteria that could potentially result in serious illness.

There is no sense in taking unnecessary risks with your puppy. Staying on the prescribed vaccination schedule and keeping your puppy somewhat secluded from the rest of the world for a few months are two of the most important precautions you can take to keep your little guy safe and prevent illness.

While a puppy receives some immunization from his mother, specifically from the colostrum produced in the first day or so, once a puppy is fully weaned, his passive immunity begins to steadily decline, and his system starts to develop its own immune response.

It is during this period that a puppy is most vulnerable to viruses and disease-causing bacteria as his immune system is still quite immature and not equipped to fend off harmful organisms.

Any immunity gleaned from his mother does seem to provide lingering effects, however, the retained passive immunity can interfere with any vaccinations given. That is one reason that booster shots are given every three to four weeks after the initial dose.

You see, vaccines introduce a modified form of disease-causing organisms to the pup’s body. In response to this invasion of new organisms, the immune system develops antibodies to fend off the “attackers.”

Because puppies lose their passive immunity at different rates, some puppies will develop a healthy, strong immune response after the first dose while other puppies won’t receive the same benefits due to the interference of the mother’s antibodies.

To ensure that a puppy does indeed develop adequate protection from infectious diseases, more rounds of vaccinations are administered every three to four weeks. The first dose, typically given between six to eight weeks of age, spurs the immune system to begin producing antibodies, and the subsequent doses further stimulate the desired response, thereby “boosting” the dog’s immunity.

Until your puppy’s body is fully equipped to fend off dangerous, disease-causing organisms, it’s wise to keep him indoors as much as possible and away from any areas that are frequented by other animals.

Keep in mind that a vaccine can take up to two weeks (sometimes longer) to take effect as the dog’s system needs time to recognize and respond to the antigens in the vaccine. So the longer you wait after the final puppy vaccines, the better protected your pup will be.

Waiting for when your puppy is fully vaccinated to begin teaching him proper doggy bathroom etiquette is neither feasible nor recommended. So, how can you house-train your pup and keep him safe at the same time? You have two options.

If you have a fenced-in yard that isn’t frequented by unvaccinated wild animals such as raccoons (which can carry distemper and rabies), it’s probably safe to let your puppy explore a bit and take care of his business. Keep a close eye on him, as we all know how quickly a puppy can get into mischief.

For those without a fenced-in backyard, a popular choice are puppy training pads that allow you to teach your puppy to potty in a specified location without ever having to venture outdoors.

Don’t worry, you won’t have pee pads in your house forever. When the time comes, most dogs transition easily to going outside for nature’s call instead of on the pads.

When Can a Puppy Go for a Walk?

One to two weeks after the last round of puppy vaccines, you can start taking your puppy out for short walks. If you’re ever unsure as to where your puppy stands with vaccinations, a quick call to your Veterinarians office is best.

The recommended guideline for puppy exercise time is five minutes per month of age, up to twice per day. Based on this, a three-month-old dog will only need 15 minutes of light exercise no more than two times daily.

Too much, or very strenuous, exercise can damage, sometimes permanently, a puppy’s still-growing body. Stick to the puppy exercise rule of thumb to prevent your playful, energetic pup from overexerting himself and becoming injured.

When Is It Safe to Meet Other Dogs?

Unfamiliar dogs, especially strays, should not be allowed anywhere near your puppy until he’s fully vaccinated. Even if a strange dog appears friendly and healthy, he could still be carrying or incubating a disease and infect your vulnerable puppy. Don’t take the chance.

It is, however, important for your puppy to meet other dogs early in life. Most experts agree that it’s safe for a puppy to interact with other dogs who are completely current on all of the vaccinations recommended for your area.

Many skills, like bite inhibition, and life lessons, such as running away from another dog invites a chase, are learned when canines interact with each other. It’s a key aspect of their socializing and development process. So, make it a point to find fully vaccinated friends for your puppy to play with so he won’t be lacking in doggy social skills.

Always supervise your puppy’s play dates, and be prepared to step in should the play become too rambunctious.

When Can a Puppy Go Out to the Dog Park?

Theoretically, the same guidelines apply when it comes to dog parks – wait until immunization is complete. However, dog parks present other hazards that need to be considered before your pup’s first visit.

Dogs of all shapes, sizes, and breeds can be found romping around at dog parks. While your puppy may be more than eager to join in the fun, he could be easily hurt roughhousing with bigger, stronger dogs.

There is also no guarantee that fellow dog owners are friendly. Bouts of aggression are certainly not unheard of at dog parks, and your puppy, because of his small size, is more at risk of serious injury should a fight occur.

Probably, the best approach is to wait until your puppy is closer to his adult size before allowing him the opportunity to freely interact with a variety of unknown dogs at a dog park.

Some dog parks provide multiple size-specific play areas which helps to ensure your pup is playing with dogs of a similar size.

How to Socialize Your Puppy Without Risking His Health

Experts agree that the critical opportunity for socialization occurs between months two and four. Is it possible to begin the socialization process and to keep your puppy safe at the same time? Absolutely. Just avoid any unnecessary risks.

Allowing your puppy to meet and play with other fully vaccinated, healthy dogs is generally considered safe after the initial round of vaccinations. Puppy socialization or training classes where all enrolled dogs must show documentation of being on schedule for recommended shots is another option.

As long as you hold your puppy in your arms or keep him in a carrier sling, taking him out for a stroll through downtown or other high-traffic areas will help him safely become accustomed to new sights and sounds and allow him to meet new people. Just keep him away from other animals and off the ground.

Tips On Keeping Your Puppy Safe

In addition to following the above precautions, there are a few more safety guidelines to keep in mind until your puppy is older, stronger, and thoroughly vaccinated.

Can I take a puppy outside at 8 weeks?

The short answer to this is YES. But you want to make sure you control the environment as much as possible. Experts recommend keeping your puppy away from areas where other (unknown) dogs frequent. If you have a fenced-in backyard, that’s probably your best bet.

If you live downtown or in an apartment, try to find a secluded spot for them to potty that’s away from where the majority of other dogs do their business. 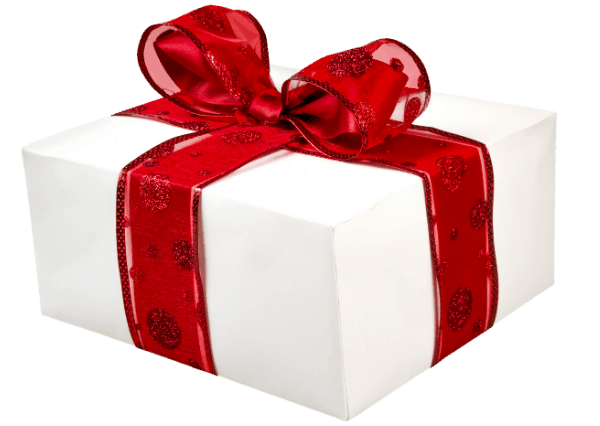