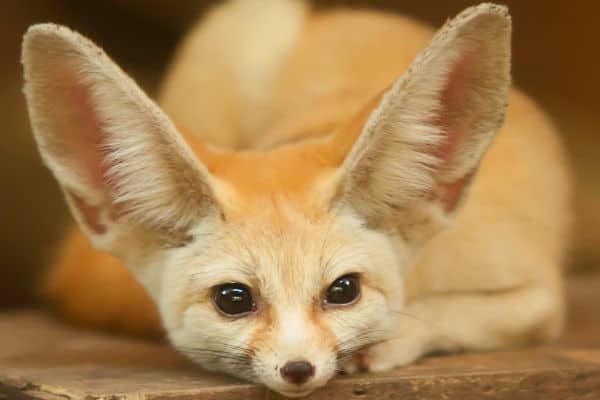 Humans have always been fascinated by the unfamiliar and uncommon, and exotic creatures have often been used as symbols of power and wealth.

Even the wealthy aristocrats of ancient Rome, Greece, China, and Egypt frequently kept wild animals such as elephants, monkeys, and big cats as a public display of their affluence.

The tiny Fennec Fox has recently captured the attention of exotic animal lovers, and because they’re so small and easier to keep than larger exotics, they’re much sought after as pets. Are they the new status symbol? Probably not.

Fans are simply enchanted by their cute faces and big ears. Are they affordable? That depends on your definition of the word.

How much do Fennec Foxes cost? Fennec Foxes typically sell for about $2,500 each. Exotic pets like foxes are often expensive due to the unique care requirements, inability to produce multiple litters a year, special diets needed, high demand, licensing fees, and shipping charges.

In the following, we’ll explain why these super cute pets aren’t exactly cheap and give you some helpful tips should you decide that a Fennec Fox is for you.

The Reasons Fennec Foxes Are Expensive

Responsible Fennec breeders legitimately care about their animals and invest a great deal of valuable time and money to produce a litter of cute, little foxes. Let’s take a look at the influencing factors that necessitate the high price tag placed on a fox kit.

Technically, Fennecs are considered to be exotic in that they’re not commonly kept as pets or readily found in pet stores, are wild animals, aren’t native to the United States, aren’t domesticated, and require specialized care. 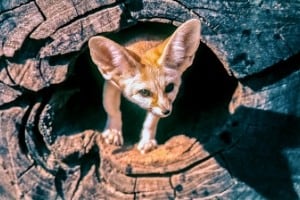 Because exotic pets are so prized for their rarity and unusual features and behaviors, they’re typically rather expensive.

Aside from the initial cost of purchasing a breeding pair or two of Fennec Foxes, breeders must also see that their animals are routinely seen by a veterinarian willing to treat exotics. The cost of routine check-ups, vaccinations, blood work, special vitamins, and supplements quickly adds up and is then reflected in the price of the kits.

Breeders of Fennec Foxes can’t allow their breeding stock to roam freely around the house as most dog breeders do. Both before and after breeding, male Fennecs tend to become quite aggressive as their instinct tells them to defend their female at all costs. After birth, females will be protective of their new litter and will defend them aggressively.

If several breeding pairs are owned, each may require an entire room all to themselves, or if the breeder lives in a warm climate, separate outdoor enclosures for each pair may be necessary.

In the wild, Fennec Foxes utilize their burrows to stay comfortable when temperatures rise and fall. Of course, in captivity, the temperature must be carefully monitored by the breeder, especially if the foxes are housed outdoors.

In addition to climate control and living quarters, breeders also incur the cost of litter for litter boxes, toys, climbing equipment for exercise, and a host of other additional costs associated with housing and entertaining these tiny creatures.

Usually Only One Breeding Season Per Year

Fennec Foxes usually have only one litter of 2 -5 kits in the spring of each year. Occasionally, if the litter doesn’t survive, they will breed again that year, but this isn’t the norm.

To capitalize on this, some breeders will remove the litter from the parents immediately after birth with hopes that the pair will breed again. They will then hand-raise the kits.

This practice seems unfair to the foxes, but does result in kits that are gentle and comfortable being handled. Small, infrequent litters are a big driving force behind the kits’ high price tags.

When a breeder is feeding this ideal menu to several Fennecs every day, the feed bills quickly add up, and in turn, the price of the kits must rise.

When an exotic pet trends in popularity, as the Fennec Fox is currently doing now, demand suddenly skyrockets. Unfortunately, there are not very many licensed Fennec Fox breeders, certainly not enough to keep up with the demand.

In fact, if you are interested in owning one of these adorable little guys, expect to be placed on a waiting list for the next expected litter. Often, the next litter is already spoken for, and you may find yourself forced to wait up to a year or more before you can place a deposit on a kit.

If there were an abundance of licensed breeders, the average prices would likely fall, but at this time, that is simply not the case.

American breeders of Fennec Foxes are required to be licensed by the United States Department of Agriculture (USDA) before selling their foxes. Laws vary from state to state, but some states also require permits for anyone wishing to keep (not necessarily breed) a Fennec Fox on their property.

Those with a USDA license will be subject to unannounced, periodic inspections from the USDA’s Animal and Plant Inspection Service (APHIS).

Breeders must not only spend money routinely to keep their facilities clean, up-to-date, and in accordance with the USDA’s guidelines but also pay for licensing and any necessary permits yearly.

Because there are so few legitimate Fennec Fox breeders, chances are good that you’ll have to either travel long distances to pick up your new pet (and pay for things like gas, food, and lodging) or arrange to have him shipped to you. Most breeders will ship their foxes, but guess who has to pay for it.

Depending on the airline and the distance involved, shipping a Fennec Fox can easily cost $300 or more.

It may sound cruel, but it’s in the fox’s best interest that the breeder charge high prices to weed out prospective buyers who really can’t financially afford to give a Fennec Fox the proper care he needs for the rest of his life.

After all, it would be heartbreaking for someone to wipe out their savings account to purchase a fox only to later realize that they can’t afford to keep him. Fennecs don’t handle rehoming very well at all, so this would indeed be a tragedy.

How to Locate Fennec Fox Breeders

Finding a legitimate Fennec Fox breeder can prove to be difficult. We spent an entire afternoon contacting breeders listed online, and after 30 phone calls and emails, only one breeder, Tree Top Exotics, responded.

Most Fennec breeders will ship their foxes, so sometimes, finding one good breeder is enough.

Note that on many sites with a listing of breeders, like FennecFoxes.net, some listings are out of date, some “breeders” are actually dealers or exhibitors, and only a few are actual licensed breeders.

We don’t recommend purchasing from an online store or a dealer because you can’t be certain of the health of the animal or if it was raised correctly and accustomed to handling. You may also run the risk of purchasing an animal obtained illegally. In fact, the sale of a Fennec from any unlicensed breeder is illegal.

If you don’t have much luck getting in touch with a quality breeder, try reaching out to an exhibitor of exotics. They may be able to point you in the right direction. Another idea is to use the powers of social media and get the word out that you’re looking for a licensed breeder.

Is Adopting an Older Fennec Fox a Good Idea?

While adopting an older Fennec may seem like a good idea, it rarely has a happy ending. Fennec Foxes will bond with their original family, as that is their natural behavior in the wild, and when transferred to another home, they don’t adjust well or bond with their new owners. Purchasing a just-weaned fox is the better choice.