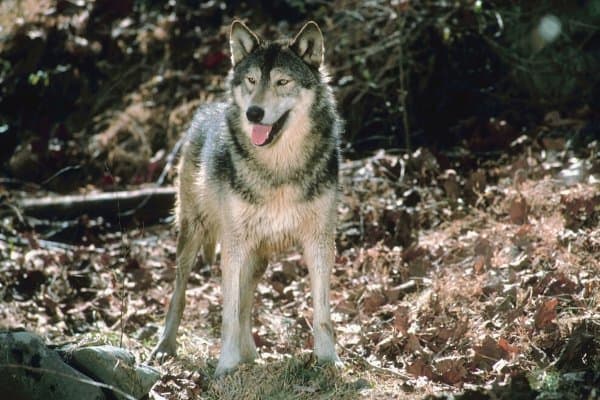 As wolf dogs become more popular, you may find yourself wondering whether they are really safe to have in your community.

Whether you want a wolf dog yourself or are concerned about other people having them in your neighborhood, there are certain traits of which you should be aware.

Are wolf dogs safe? For the average person, no, wolf dogs are not safe or desirable as pets. Only those experienced with wolf hybrids can safely handle a wolf dog. Wolf dogs tend to be unpredictable and may resort to aggression, targeting both people and animals without warning.

Learning more about the wolf dog’s past aggression record and the underlying reasons for the behavior may cause you to think twice about welcoming one of these hybrids into your life and home.

Admittedly, any domestic dog can show aggression, especially when mistreated.

However, wolf dogs are not domesticated and thus, can be quite unpredictable, often attacking for reasons only understood by them.

DogsBite.org, a proactive group of dog bite victims, has a list of 27 fatal wolf dog attacks in recent years.

While each story is heartbreaking, it’s shocking to see how many victims were children, infants, and toddlers.

There’s no doubt that wolf dogs have a history of aggression towards other animals and people, especially children, but why do they tend to respond so aggressively and does that mean that they are unsafe?

Wolves and dogs, though closely related, are very different animals, so breeding wolves and dogs together can result in some very conflicted animals, even after generations of breeding.

While wolves are shy, fearful of humans, and would rather retreat than fight, the potential for aggression is definitely present, often just under the surface.

On the other hand, dogs live to please their people and are typically only aggressive with strangers when necessary.

Wolves have a fairly strict social hierarchy with a clear alpha, but dogs have much looser social structures.

It can be difficult to predict how a wolf dog will behave because wolf dogs tend to rely on instincts when faced with any situation that they don’t fully understand.

Depending on which traits the wolf dog inherited from the domestic parent, the wolf dog may be rather sociable.

However, the wild instinct still remains, and when scared, confused, or threatened, the wolf dog may feel that aggression is the only answer.

This can be a recipe for unpredictable behavior that may result in a dangerous situation without careful management.

Wolf dogs need a special type of containment and can be very destructive in the home.

Many people get wolf dogs without having facilities available to contain them and are desperate when they find that they cannot keep their dog from destroying their home.

This leads to wolf dogs being kept in cages that are much too small or perhaps even worse, restrained on chains, both of which have been shown to increase the incidences of behavior problems like aggression.

Many people who seek to buy or rescue wolf dogs are wonderful people who are dedicated to providing this unique animal with everything that it needs.

However, too often these animals are purchased by people who have not researched them properly and are not dedicated to caring for them.

According to The Atlantic, approximately 60 – 70% of wolf dogs end up being abandoned or euthanized.

Irresponsible ownership, inconsistent training or a total lack thereof, bad handling, and any form of abuse can lead to aggression in wolf dogs.

Not all wolf dogs will behave more like wolves than domestic dogs, but many will, much to the dismay of owners who had optimistic hopes and dreams for life with their new pet.

It is completely normal for a wolf dog to defend what he considers to be his own. Many wolf dogs begin guarding their resources when they are only puppies.

A majority of wolf dogs won’t think twice about growling or even biting you for taking away their toy, a household object they have stolen, or a food source.

This natural protectiveness is a strong instinct that is necessary for wolves to survive in a pack, but it can be dangerous in a household pet.

Children and visitors may not understand a wolf dog’s protectiveness of objects and try to take back something that has been stolen without thinking first, resulting in a bite.

Wolves are naturally driven to hunt for their food, which means that they have an exceptionally high prey drive.

From a very early age, your wolf dog will want to chase anything that runs. This makes wolf dogs unsafe with smaller pets including smaller dogs and cats.

Wolf dogs can also not be trusted around livestock of any size.

You see, in the wild, wolves sometimes take on very large animals.

When you add this instinct to the bravery and boldness of a domestic dog, you get an animal who may not think twice about trying to take down a cow, horse, goat, or other livestock.

Prey drive can also be an issue in a wolf dog’s relationship with humans.

They may have an overwhelming desire to chase and even attack anyone who is running, which can be exceptionally dangerous for children.

Unlike dogs, who are driven to please and serve people and very good at understanding human communications, wolves have no eagerness to please or desire to pay attention to human commands.

It can be very difficult to motivate a wolf dog to obey since they are so often more interested in obeying their instincts than anything that you can offer.

This independence means that wolf dogs can sometimes become insistent about getting their own way.

If you try to interrupt a wolf dog who is involved in an engaging activity, they may show aggression, especially if you try to take away the object of their entertainment.

Wolf dogs may also show aggression if you attempt to force them to do something.

Many wolf dogs, like their wild wolf relatives, have a deep, natural fear of humans.

This is even seen in wolf dogs who have been bred from generations of social wolf dogs and who were well socialized throughout puppyhood and beyond.

A wolf dog who has been raised closely with people since they were a young puppy may still tremble in fear and shy away from their owners no matter how kind their owners have been.

In some cases this fear may result in aggression, especially if the wolf dog feels cornered.

Just when you feel like things have settled down and you know your wolf dog’s personality, it may change dramatically.

Wolves reach sexual maturity anywhere from 1 to 4 years of age, while dogs usually mature between 6 to 8 months of age.

Wolf dogs usually are slower to mature than domestic dogs with the age of sexual maturity more closely resembling that of wolves.

Wolves have profound hormonal changes as they near sexual maturity, and many wolf dogs will experience this as well.

Negative behaviors resulting from these changes may or may not be turned off by spaying or neutering.

A wolf dog’s status in the pack becomes very important when they become sexually mature.

Your wolf dog may test, harass, or even attack other animals in the home in order to get a higher position in the “pack.”

This may result in your wolf dog suddenly behaving aggressively towards other pets in the household that he once got along well with or even towards members of your family.

Wolf dogs may guard their resources fiercely at any time in life, but resource guarding becomes even more pronounced as the animal reaches sexual maturity.

You may find that you are unable to take anything away from your wolf dog, even if they have stolen something that belongs to you.

Feeding time must be approached with caution as guarding instincts may be triggered even as you are placing a meal in front of him.

Wolf dogs may try to mark anything that they perceive as their own, especially if it is in any way associated with a food source.

Unfortunately, marking behavior is not just limited to urinating.

Thanks to their wolf heritage, many wolf dogs will also mark their territory by defecating as well, and yes, this can occur inside your home.

They may defend their territory aggressively when you, other family members, or another animal enters what they believe is their personal space.

This could include their outdoor enclosure, feeding station, crate, or even your home.

Wolf dogs and kids are not a recommended combination as the possibility for tragedy is always present, even in those pets who have never before shown hostility.

Most rescue organizations won’t even adopt a wolf dog out to families who have young children.

Even if the wolf dog and the child are separated, there’s always a possibility of a mistake, which could be disastrous.

Here are a few of the reasons why wolf dogs and kids don’t mix well.

Wolf Dogs and Other Pets

Wolf dogs are naturally social and most enjoy the company of other dogs, but it is important to carefully consider any potential playmates.

Small dogs especially are often viewed as prey and will not be able to handle a wolf dog’s energy and intense play.

Keeping cats, guinea pigs, hamsters, and other common small pets within reach of a wolf dog is asking for disaster as they may very likely be seen as nothing more than a snack.

Therefore, the best companion for a wolf dog is likely another large, powerful dog.

Ideally, the companion would be one who is big enough to defend himself if need be but also has a steady, gentle temperament that may positively influence the wolf dog’s behavior.