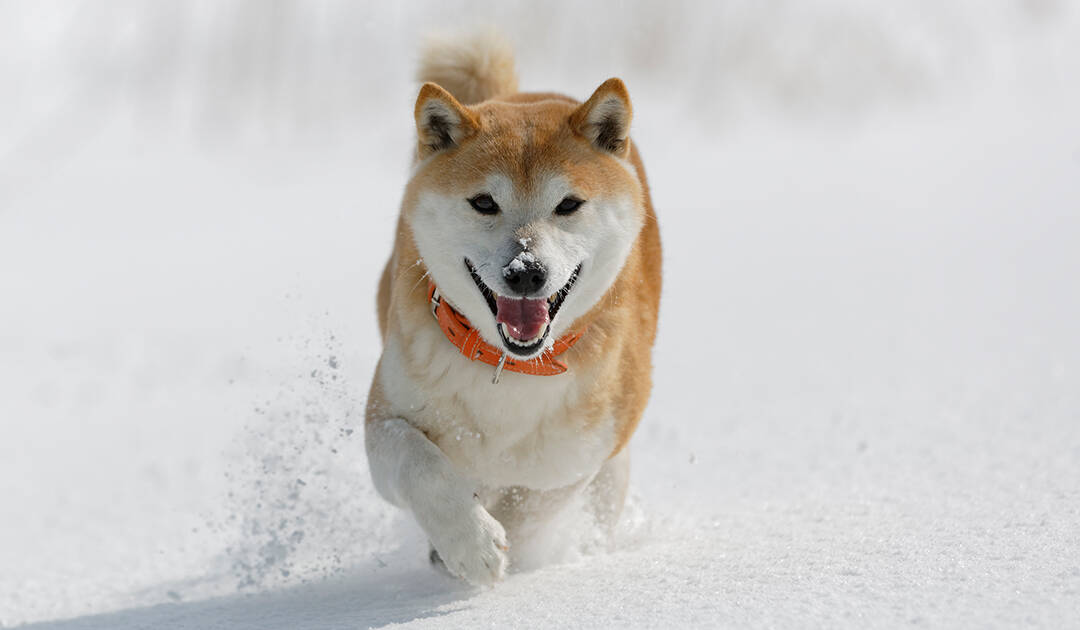 At times, with ears laid out to the sides like an airplane and eyes narrowed to slits, a Shiba Inu can actually appear to be grinning. With his cunning, fox-like appearance and capability of producing a wide range of funny vocalizations, it’s no wonder this “Doge” is experiencing such a rise in popularity lately.

Are Shiba Inus aggressive? A Shiba Inu who has been purchased from a responsible breeder, thoroughly socialized, and correctly trained should not be aggressive. However, the breed is possessive of food, toys, and territory, and instances of aggression have been known to occur.

Dedicated breeders work faithfully to ensure that the original essence of the breed remains intact while simultaneously striving to produce good-tempered dogs who conform to breed standards. A brief glimpse at the Shiba Inu’s earliest purpose and ancient roots will provide an explanation as to why aggressive behaviors sometimes arise.

Fear not!  We’ll show you what to expect and the best ways to prepare for a Shiba!

We’ll give you the background on the Shiba in a moment, but for now I just wanted to reassure you that there are a lot of happy and well adjusted Shiba Inu’s out there!  It’s not a matter of them being overly aggressive by any stretch. We’re just looking at an independent or “cat like” breed with the Shiba.

The basics are as follows:

With all that in mind, let’s talk about their background and why they are known as Bold, Spirited, Alert and Good Natured Dogs!

Shiba Inus Are Bred to Be Independent

Many people do not realize that Shiba Inus were intentionally bred to be independent. Their aloofness toward people, wariness of strangers, and self-governing nature are traits that lovers of the breed find charming and appealing.

Not everyone wants a lapdog or a dog who is constantly needing reassurance. Many people prefer dogs who are capable of entertaining themselves, thinking for themselves and are not always seeking attention.

The proud Shiba Inu is not really fond of cuddles, and in fact, many treasure their personal space so much that they only tolerate being petted occasionally. So, how did this breed come to be so naturally independent?

Shiba Inus Are a Primitive Breed

Shiba Inus’ roots can be traced back to Japan to approximately 300 B.C. This Spitz-type dog was originally bred to hunt small game such as birds and rabbits. They were highly skilled in locating and flushing game and were prized for their courage, agility, and resourcefulness when hunting.

The Shiba Inu’s loyalty and intelligence allowed him to work independently of his handler, often forging far ahead in search of prey and then reliably holding it until the handler caught up. This ability to think and act independently was a valuable feature in a hunting dog and is still quite evident in modern Shiba Inus.

Shiba Inus are often referred to as a primitive breed, but what does that mean exactly?

Well, without getting into all the technical, scientific wording, basically, breeds referred to as primitive have been around a long, long time and many of their original, “primitive” attributes are still evident today.

Through many generations, Shiba Inus have retained advantageous skills that historically allowed for their survival as ancient hunters. Traits such as resourcefulness, strong prey drive, urge to roam, endurance, howling, and yes, independence once served them quite well during long hours spent in the wilds of Japan.

Researchers conduct numerous studies on ancient breeds in an attempt to understand how different breeds came about and to learn more about their genetic history. While information is continually being updated as new findings come to light, one thing is clear. Shiba Inus’ DNA is genetically closer to wolves than the majority of other breeds.

In addition to being called a primitive breed, it is also said that Shiba Inus are a basal breed. This refers to the common belief that on the dog family tree, Shiba Inus are much closer to the original root than other dogs. This information definitely explains their independent nature and other “wild” tendencies.

Shiba Inus Must Be Properly Socialized

With breeds like the Shiba Inu, who retain so many primitive features, socialization is imperative when striving to raise a non-aggressive pet. Aggression issues can be overcome and redirected when a puppy is raised and trained correctly with proper socialization techniques.

Socialization involves exposing your dog to as many different experiences as possible in a positive manner. Just like with children, every new encounter is a learning opportunity that should not be neglected.

Take your Shiba Inu with you for as many outings as you can, especially while he is still a puppy. It is thought that the most critical learning period in puppies takes place between the ages of 2 – 4 months, so be particularly diligent during this time.

Positive reinforcement and gentle correction when socializing your puppy are important. Your goal is to raise a well-adjusted dog who is able to confidently navigate new experiences without any fear or aggression.

Enlist the help of fellow dog owners and their dogs when socializing your little Shiba. It is important that he learns how to politely interact and play with other dogs so that he won’t feel threatened and resort to aggression in the future.

Introduce your dog to a variety of different people of various ages and backgrounds while he is still young. Shiba Inus are known to be standoffish with strangers, but this can be overcome through desensitization. If meeting new people is an ordinary occurrence, your pup should quickly adjust and lose some of his wariness.

Exposing your dog to new environments, smells, and sounds are important too. Many pet supply stores are dog-friendly, so bring him along when shopping for his food and toys. Go for walks in different parts of town where the noise level might be more than he is accustomed to.

The secret to a great, effective socialization process is to present each new experience in a positive way. Your dog will pick up on your attitude, so remain upbeat and happy so that he will learn to trust your signals when encountering something new.

Shiba Inu Owners – What To Be Aware Of

While Shiba Inus are indeed a fascinating and delightful breed, there are some characteristics and tendencies that owners should definitely be aware of.

Ninja Dog!  Shiba Inus are famous escape artists, capable of scaling fences, tunneling under walls, and breaking free from the confines of a leash. When the mood strikes, these clever dogs will diligently work to be free. Homes and yards must be absolutely secure to prevent a successful escape.

Freeeeeeeedommmmmmm!   The breed’s intense desire to run also means that they should never be trusted off-leash …. Pretty much ever! If something interesting catches their eye, they could take off, completely ignoring any commands given.

Stay where I can see you, doge…. Once free, whether due to an escape or being unleashed, a Shiba Inu may not come home for days or worse, may never be seen again. Identification tags and microchipping are often helpful in the event your Shiba Inu disappears, but it is much better to prevent a disappearance than to find yourself dealing with one.

Play Nice:  Shiba Inus who have not been correctly socialized often do not get along well with other dogs, especially dogs of the same sex. This tendency can be a bigger issue in dogs that have not been spayed or neutered.

SQUIRREL!  A deeply ingrained trait that has survived many generations is the need to chase small creatures. The strong prey drive of Shiba Inus may result in a significant reduction of your neighborhood’s bird and squirrel population. Small pets like hamsters or gerbils might come to an untimely end as well.

Kids:  A final warning involves little children. Young children often squeal with joy and unintentionally hurt dogs by pulling on their fur, ears, or tail. Some Shiba Inus do not have a great deal of patience for this kind of treatment or appreciate loud noises and may bite. Always supervise and be ready to act.

Are Shiba Inus good for apartments?

Shiba Inus adapt quite well to apartment life as long as their exercise needs are consistently met. They are relatively quiet dogs who prefer to keep themselves and their surroundings clean. Shiba Inus enjoy being part of their family, but usually from a distance, so they are not always underfoot.

Shiba Inus are fairly active, but not incredibly hyper. This playful breed will require daily exercise in the form of a long walk (30 – 45 minutes) or intense playtime. Some Shiba Inus frequently experience short bursts of amazing energy during which they’ll dash in circles around the room or yard.