Dogs have a vast repertoire of odd behaviors, sometimes funny and other times just plain bizarre.

One of their baffling habits is licking other dogs on different parts of the body, from faces to ears down to their privates.

In the case of a mother dog licking her puppies, the licking is obviously a natural and healthy behavior, but what about adult dogs, in particular – adult male dogs?

Why do male dogs lick other male dogs? Licking is an instinctive behavior in male and female dogs that is used to glean information about other dogs, to satisfying their curiosity, as a form of greeting, and to reinforce existing bonds. Licking is also often seen when one dog is attempting to groom or clean the wounds of another dog.

Ready to find out all the reasons why your male dog has developed the habit of licking other male dogs and how to stop it once the licking becomes obsessive? Let’s dive in.

Licking is an instinctive behavior that all canines are born with. It’s one way a dog senses the world, and it’s usually a normal behavior and a natural social cue in the canine world.

While licking is common behavior in dogs, not every dog owner understands what the behavior really means, and like many of your dog’s behavior traits, licking can indicate a variety of different things.

Way of Greeting Other Dogs

In the canine world, the most common way for them to say hello and let the other dog know that they come in peace is by licking the other.

Think of the licking as their way of nodding hello or shaking hands whenever they meet a new canine friend.

In the same way, a male dog will lick other male dogs, particularly in the face, as a way to let the other dog know that they don’t want to cause any trouble.

It is a form of appeasement and respect toward the other, not necessarily as the pack’s alpha member but more as a friend. If the other dog accepts it, then they will sometimes lick back.

Gleaning Information About Other Dogs

Dogs have apocrine sweat glands that emit pheromones scattered all over their body, although they are more concentrated around their rear parts.

Dogs sniffing and licking their private areas allow them to learn a lot about the other dog, including their gender, age, health, and even their current mood.

Dogs are naturally curious and inquisitive, and there are usually two ways in which they explore the world: by sniffing and licking things. That often includes other canines.

It’s no secret that while dogs don’t quite have the reputation for grooming that cats do, they do regularly lick their paws and fur to clean themselves.

The same grooming ritual is something they may do to other dogs.

You might have noticed your male dog licking other male dogs’ faces or having his snout buried deep in other dogs’ ears, among other body parts.

It’s their way of helping each other with grooming, especially in areas that dogs can’t groom well themselves, like the face and ears.

Licking other dogs as part of mutual grooming is a common behavior seen in their ancestors, wolves, as well.

In addition to grooming, dogs will also lick their wounds and the wounds of other dogs to clean out dirt or dead tissues from the wounds.

Additionally, dog saliva may have antimicrobial and antibacterial properties, so wound licking, as long as it’s not obsessive, can be beneficial.

This other reason for the licking behavior in male dogs is closely related to mutual grooming.

Licking each other’s faces, among other body parts, is a way for canines to connect emotionally with their kind and strengthen bonds already formed. It’s like building rapport with other dogs.

What To Do When Licking Becomes Obsessive

If your dog is licking another dog, observe their interactions and behavior. If the other dog seems friendly and receptive, then it’s a natural, social behavior.

However, if your dog insists on endless licking, it may be time to intervene. Restrict the licking when you notice things such as:

In the cases of obsessive licking, it’s best to have the dog evaluated by a veterinarian to pinpoint the underlying reason behind the licking and to put a stop to it before damage to the skin and coat occurs.

How To Stop Dogs Licking Each Other

There are several ways to stop your dog’s obsessive licking behavior: 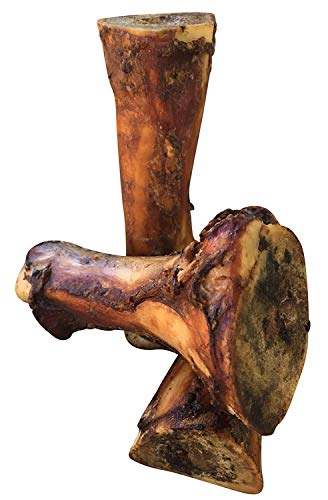 If the above tips still don’t stop the obsessive licking behavior, consider physically separating the dog from the others.

Why Do Dogs Lick Other Dogs’ Ears?

Licking ears is a grooming practice in the canine world. Another reason is that some dogs may enjoy the taste and smell of ear wax, as gross as that sounds, and an infected ear is even more interesting for some dogs.

Why Does My Older Dog Lick My Puppy’s Privates?

Usually, this behavior is normal and healthy social behavior, a polite way of getting acquainted with other dogs through the scent and grooming of one another.

In most cases, the licking is no need for concern; however, once the licking becomes obsessive, it may be time to stop the behavior as other dogs may not appreciate it or it may be a sign of an underlying health issue.