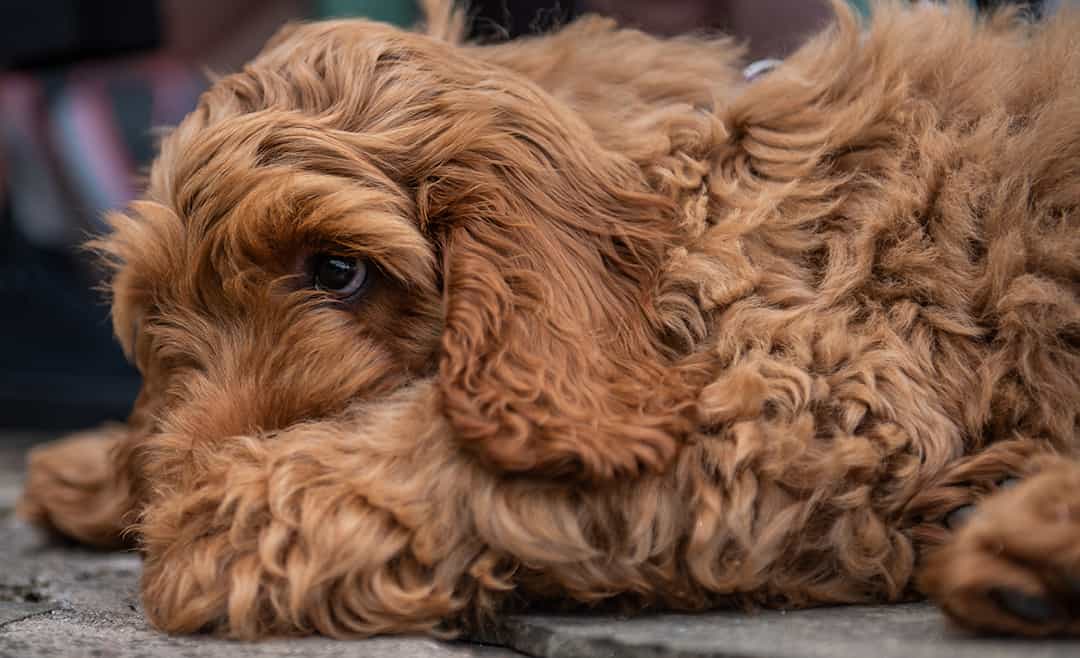 Cockapoos are an extremely popular dog owned by many families throughout the world. Since its inception in the 1960s, the Cockapoo has been known for its loving nature, easy maintenance, and smaller stature.

They’re a popular choice for families with children, other pets, and for those who just want the company of a friendly dog. The Cockapoo has even joined the ranks of other dog breeds as a therapy dog due to their loving, calm, and gentle nature.

Crossed between a Poodle and an American Cocker Spaniel, the Cockapoo isn’t the most inexpensive dog in the world. This designer breed is often hand-picked based on what kind of coat and size the owners wish to have.

How much do Cockapoo puppies cost? Although the price itself depends on the specific breeder, one can expect to spend from $900 to $2,500. There are many factors that affect the price, including the pedigree used in breeding, coat type of the puppy, color, and health screenings done by the breeder, to name a few.

We’ll give you actual cost examples from breeders and share what some real owners paid for their Cockapoo. Believe it or not, some of them were able to find them in rescues and shelter.

Here’s our complete list of Cockapoo breeders across the US, including those who ship puppies.

Why do Some Cockapoo Puppies Cost More?

There are a few factors that can add to the price of a Cockapoo. Most breeders don’t make much of a profit off of their Cockapoos because they spend a lot of money on ensuring that they are given the right medications and vaccines when they’re puppies. Some even go a step further to have the puppy chipped. Health does play a role as to how expensive or inexpensive a puppy is.

How to Find a Quality Cockapoo Breeder

For those who want to find a quality Cockapoo breeder who takes care of their puppies, you can begin online. Many breeders post their websites on sites like NextDayPets, PuppyFind, or GreenFieldPuppies. You can also perform a simple search online to find breeder’s individual websites. However, with any breeder that you find online, you should take a few moments to perform research about them. Read reviews about other pet owner’s experiences with the breeder. Did they have a glowing review? Or was the breeder difficult to work with?

You can also ask around your local pet community. You might discover that someone sells Cockapoos right there in your own neighborhood. Going to a few dog parks, dog shows, and local dog competitions can place you in with the right crowd to ask advice from.

Can I Adopt A Cockapoo?

While many families love buying puppies, there are actually a lot of older Cockapoos who need homes, too. Families who found themselves either financially or emotionally unable to raise and house a Cockapoo place them up for adoption. These dogs come in an array of ages, temperaments, and behaviors. Some of them may be troubled and are especially in need of a loving home.

These dogs are typically cheaper than buying puppies directly from a breeder. Rescue organizations and adoption agencies are eager to find the perfect home for their dogs. The prices may be cheaper but they usually have standards for the kinds of homes that these dogs are entering. That’s simply because they want to make sure that these dogs don’t end up being abandoned and put up for adoption again.

Older dogs in the rescues and adoption centers are also cheaper. Because most families want puppies, these older dogs are left behind. For those who want to save money but still have a loving Cockapoo in their home, then you might want to consider buying an older Cockapoo.

Another reason that prices may be cheaper for adoption agencies and rescues is that they don’t have access to the genetic information that breeders do. These dogs, if they weren’t given by a family, were usually found as strays. There’s no information as to whether or not they came from a champion line or if they have any genetic or health problems that might affect them later. To counteract that lack of knowledge, the price for adoption is cheaper.

Finally, one last place to consider looking for Cockapoos that need to be adopted is at your own local Humane Society. They have a lot of dogs that they have rescued from the streets or troubled homes. You may just find that they have gathered a few Cockapoos, too. These dogs are also typically neutered or spayed.

What Real Owners Are Saying…

$1200, but he was from a pretty good breeder in Wisconsin

Free! He was a rescue

$550. She started out higher but we got her “on sale.” The breader was offering a Labor Day discount and she also had an umbilical hernia (which was corrected when we had her spade surgery) so he gave us another discount.

What health problems can a Cockapoo have?

Since health issues can sometimes drive up the price of a Cockapoo, it’s important to know what kind of problems they might have. Cataracts can plague older Cockapoos due to their American Cocker Spaniel heritage. Whereas they might experience hip dysplasia due to their Poodle side. They might also have dental problems if they’re crossed with a Toy or Mini Poodle.

If your dog comes from a champion bloodline, it means that at some point somewhere in their lineage, one of their parents or grandparents or great grandparents were championed. This could have occurred at a dog show or another dog competition in which being crowned a champion was the end result. Dogs from these lineages are coveted.